To share your memory on the wall of Mary T. (Corcoran) Niose, sign in using one of the following options:

Provide comfort for the family by sending flowers or planting a tree in memory of Mary T. (Corcoran) Niose

Mary (Corcoran) Niose, 85, of Leominster, formerly of Maynard and Falmouth, died on January 9, 2018 at her home after a lengthy illness. She was predeceased by her husband of 64 years, Dominic Niose, who died in ... Read More
Mary T. (Corcoran) Niose

Mary (Corcoran) Niose, 85, of Leominster, formerly of Maynard and Falmouth, died on January 9, 2018 at her home after a lengthy illness. She was predeceased by her husband of 64 years, Dominic Niose, who died in 2017, and also by her daughter, Debra Mason, who died in 2002. She is survived by her daughter Donna Niose of Leominster and her son David Niose of Lunenburg, as well as 10 grandchildren and 17 great-grandchildren.

Born October 24, 1933, Mary was the fifth of six children born to Francis Corcoran and Mary (Driscoll) Corcoran. After moving to Maynard from Watertown as a small child, she attended Maynard schools and graduated from Maynard High School in 1951. She and Dominic were married on the Fourth of July in 1952, and they raised their three children in Maynard. Mary worked for many years as a bookkeeper for Purity Supreme in Stow and Acton, until she and Dominic retired to Cape Cod in 1994. Thereafter, they were “snow birds” for many years, spending winters in the Orlando, Florida, area.

Mary cherished spending time with family and friends, and she will be remembered for her generous spirit and boundless energy.

A funeral Mass will be celebrated on Monday, January 21, 2018 at 10:00am at St. Bridget’s Church, 1 Percival Street, Maynard. Burial following in Glenwood Cemetery, Great Road (Route 117) in Maynard. There are no visiting hours. Arrangements are under the thoughtful guidance of Acton Funeral Home.

We encourage you to share your most beloved memories of Mary T. (Corcoran) here, so that the family and other loved ones can always see it. You can upload cherished photographs, or share your favorite stories, and can even comment on those shared by others.

Posted Jan 16, 2019 at 12:47pm
My deepest condolences to the family and friends of Ms. Niose. May the promise given us of seeing our dead loved ones again at John 5:28,29 here on a perfect earth give you comfort.
Psalms 37:29
Comment Share
Share via:
SL

Posted Jan 14, 2019 at 03:15pm
To the Niose family and friends please accept my deepest condolences for the loss of your loved one Mary. Very soon Jesus Christ will resurrect the loved ones we have lost in death back to life Acts 24:15; John 5:28, 29, right here on a brand new Paradise Earth no more sickness pain or death Life Without End Revelation 21: 1-5 jw.org.
Comment Share
Share via:
RG

Posted Jan 10, 2019 at 08:44pm
In loving memory of Mary Niose, we wish to contribute to a child's health, treatment and recovery. 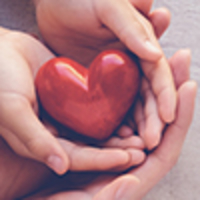 Posted Jan 10, 2019 at 08:40pm
Dave, Katy, Nick and Ben... we are so sorry to hear about Nana. I have fond memories of her spirit and laughter, and her green thumb. Please know that we are 'here' for you should you need anything. Love from Auntie Ruth and Ajay
Comment Share
Share via: